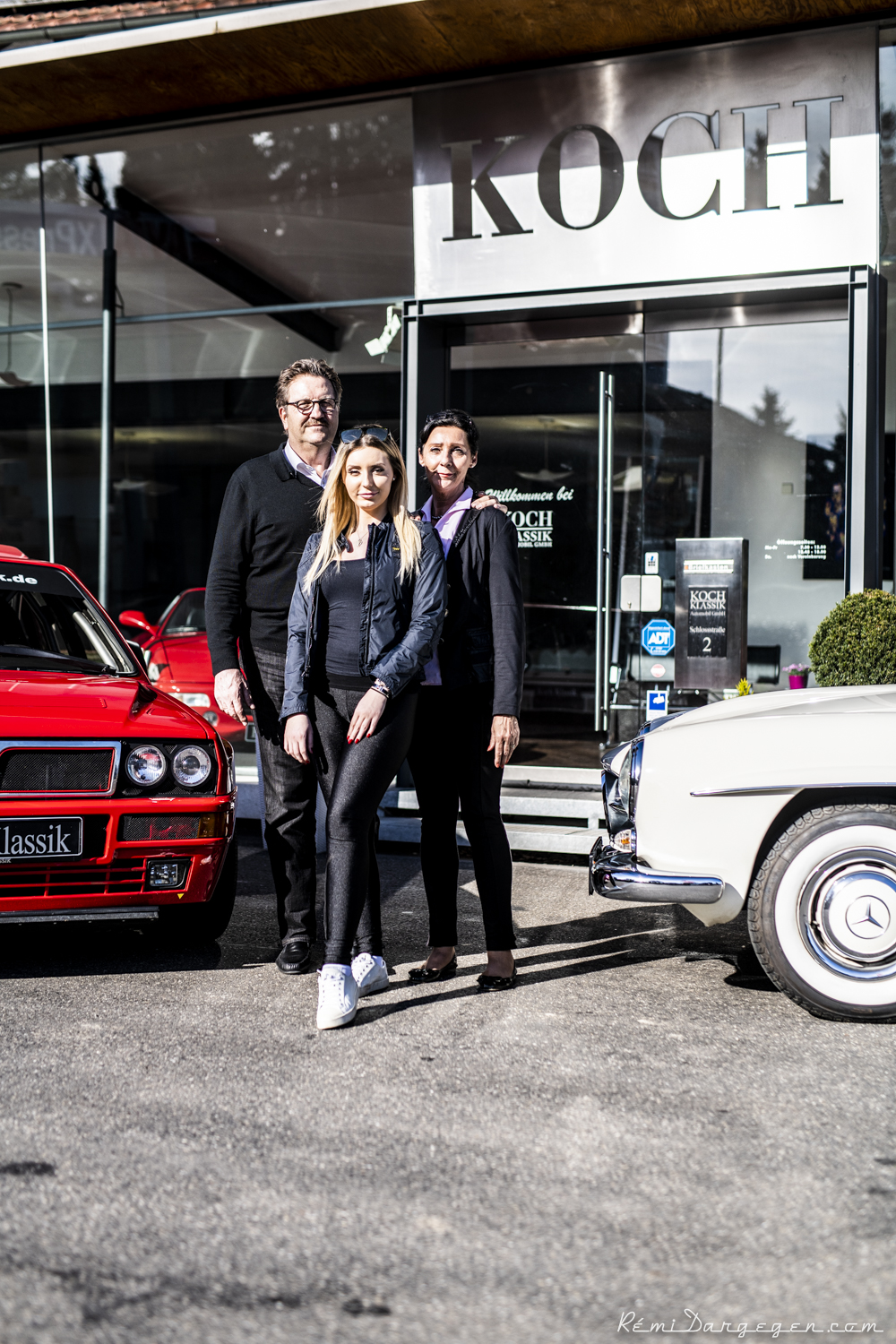 The company Koch Klassik Automobil GmbH is a company that is more than 80 years old and is successfully run by the fourth generation under private ownership. At the turn of the millennium, almost 20 years ago, proprietor Horst Koch transformed the company from a new car into an exclusive vintage and collectible vehicle trade.

The company is known nationally and internationally as a distributor of high quality, rare and reliable vintage and collectible vehicles. In addition to trade, technical competence has always been emphasized and the vehicles maintained and built in our company have been proving quality and reliability for decades.

With a large selection of vehicles, there should be something for every taste.

If you are looking for a special vehicle, which unfortunately we do not have in our stock at the moment, we can provide you with this, due to our decades-long established contacts.

We are happy to sell your vehicle in commission. Please send us an email with the most important vehicle data and pictures.

Time flies and now we have been owned for 90 years.

Disturbances by Herrmann and Mathilde Kühner, one of the first petrol stations in the area.
In addition, the trade in sewing machines and NSU ramps came through the nearby NSU plant in Neckarsulm.
Daughter Hilde and her husband Heinz Koch relocated to today’s location on the edge in early 1950 of the village of Kirchhausen.
So the business was expanded and maintained and the petrol station was also relocated here.
Hilde’s parents feel the “Löwen” restaurant and guest room on the other site.
Heinz Koch was a motorcycle racer for NSU for many years and this passion is now also in the company.
The Koch company deals with a motorcycle trade with NSU engine straighteners.
Brand contracts with FIAT, LANCIA and FERRARI were heard.

But mutual powers are also related; and so Horst Koch, son of Heinz and Hilde, did the family business in 1983
and still owned the motorcycle trade with MottoGuzzi.
Able to build 250 FIAT Pandas to convertibles, as well as a 6-wheel panda.
Horst Koch has lived the Italian brands since his birth, but when the rights of the works influenced him too much on his freedom
as an independent manager, in 2000 all contracts and surrendered all brands.
Now he benefited from the fact that he had learned war and that he had learned to screw a few years ago as a classic car fan and driver.
Horst Koch has been building contacts and friendships in the classic cars and pre-war scene for 90 years.
He quickly succeeded with his LANCIA Stratos, FIAT 8V “OTTO VU” and his BENTLEY 4 1/2 liters.
He converted the car dealership into a classic dealership with a workshop, at that time he was still daring.

The name Koch-Klassik Automobil GmbH experienced.
From today’s perspective war is probably the right decision in the situation situation.
20 years as a pure dealer for classic cars and collector vehicles.
Through the marriage of Horst and Helga Koch, daughter Linda experiences who joined the company in 2018 and thus shows the 4th generation and future.